Although best known for excessive apologizing, we friendly Canadians (or “Canucks”) are also fans of using slang. Snacks, drinks, coins and more: we have quirky words to describe it all. Here are ten popular Canadian slang terms and sayings that you should know if you plan on visiting or moving to Canada.

The best way to pick out a Canadian who’s abroad (besides noting the Canadian flag on their backpack)? Listen to their dialect. Pronounced “ay,” this classic term is used when you want someone to respond or when you need clarification on a matter. It’s similar to “huh” and is normally tacked onto the end of a sentence.

When Canadians refer to their $1 and $2 coins, they’re often called “loonies” and “toonies.” The $1 loonie is named after the picture on the coin’s front – a loon.

The $2 coin came later and was given a similar nickname to match its predecessor.

Native to other countries including South Africa and China, bagged milk has been available in Canada since the 1970s. Each package contains four litres of milk inside three un-resealable bags. To use it, insert the individual milk bag into a milk jug and then cut the corner off the bag before pouring.

Tim Hortons (or just “Tim’s” or “Timmy’s”), the country’s famous coffee institution, is where this term is most frequently heard. Used to describe a coffee containing two creams and two sugars, it’s often accompanied by an order of Timbits, which are small, two-bite donuts.

French fries covered in gravy and cheese curds make up this cholesterol-heavy food that Canadians have grown up loving. Especially famous in Montreal, poutine is readily available country-wide. 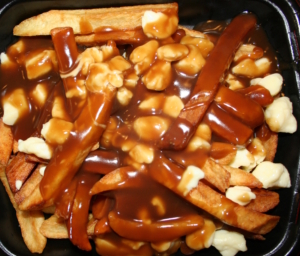 This specialty-flavoured chip made from potatoes and ketchup is worth the mess it creates on your fingers! Although originally invented by Hostess, many different brands now make this snack.

The Nestle Canada company created this coffee-flavoured chocolate bar that features a crispy wafer. Over the years, Coffee Crisp flavours have expanded to include French Vanilla, Triple Mocha and more.

Commonly used to describe a case of 24 beer cans or bottles. Can also be used in the term “May two-four,” which refers to the May long weekend, celebrated near May 24 (Victoria Day). 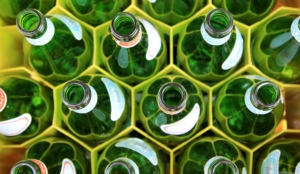 Now that you know some of the most popular slang terms, it’s time to plan a visit to the Great White North yourself! Located in Ontario and close to Toronto, Platinum Suites is a great location to stay at while familiarizing yourself with us friendly Canucks! These furnished apartments for rent in Mississauga offer a ton of amenities as well as a friendly 24-hour concierge that can help you understand us Canadians. Pre-book a stay at our short term rentals today!